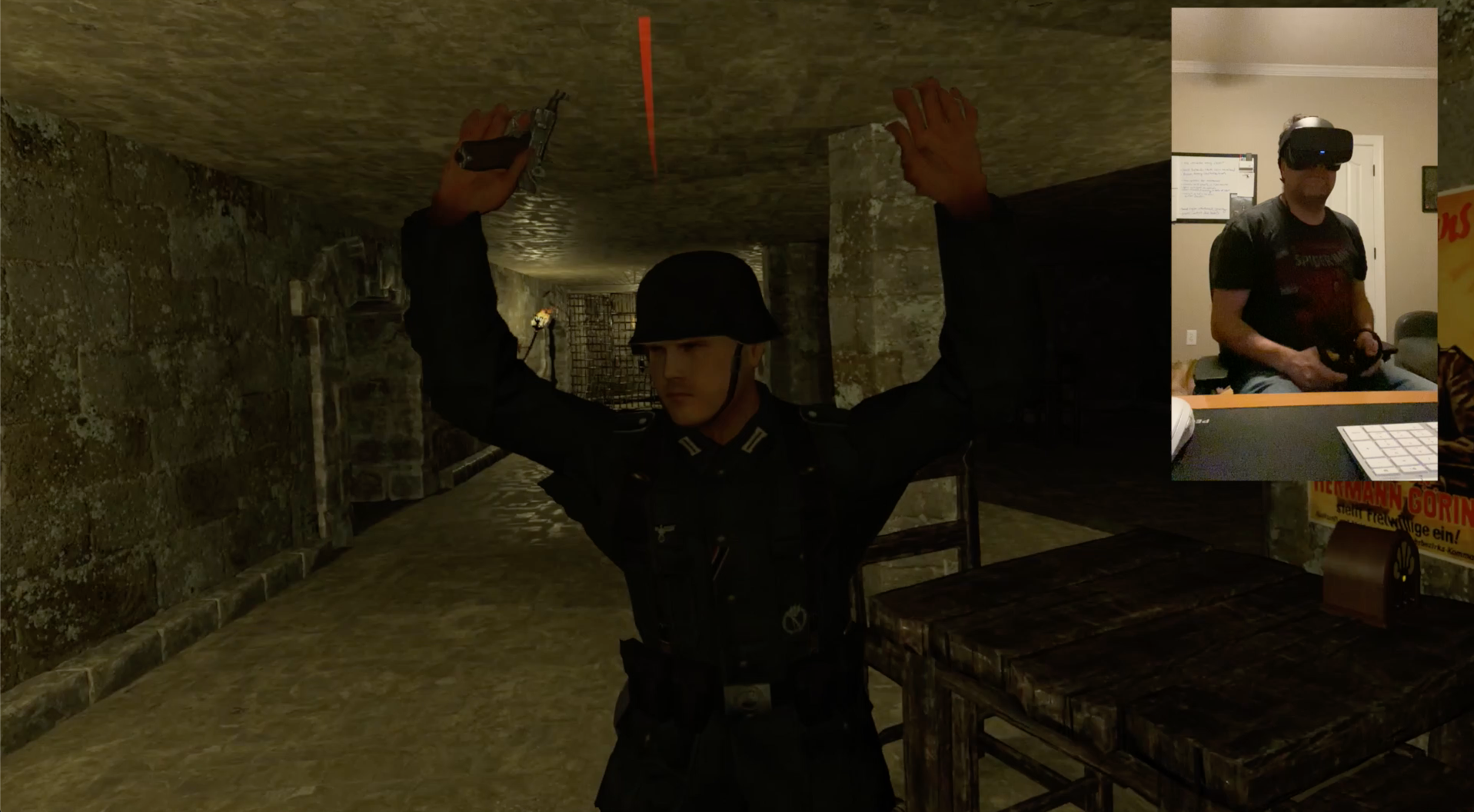 One of my favorite games in high school was the original Castle Wolfenstein games by Silas Warner and Muse software.  Several months ago, I decided to create a Virtual Reality game that was a love letter of sorts to those games which I replayed for many, many hours.

In short, Überläufer is a VR rogue-like game where you must escape a procedurally generated dungeon by collecting various items and finding the exit.   You play as a German soldier who opposed the Nazi party, was imprisoned and must escape with some help provided by other German resistance members.  There is a note from the resistance when you start out in the dungeon with some backstory as well as a list of items you need to locate.  Some of these items include actual excerpts from leaflets created by German dissidents during the war like the White Rose movement.

You have limited ammo and health, so taking guards out without alerting others when you can is critical to escaping.  The more noise you make, the more likely the SS will be alerted and dispatched. As you play and die your stats contribute to achievements which will unlock various perks and new features/modes.  Once you escape the dungeon, you can jump into another one at increased difficulty until you die.

To survive you have to be a good shot and get the jump on guards. The game makes use of sound and lighting (shadows) in this regard.  This means listening for things like doors opening, footsteps and peering through dungeon doors to survey a room before entering. The Luger requires actual aiming to hit a target, there is no auto-aim here, so you have to carefully assess shooting from afar versus the ammo you have on hand and use cover when you can.  Guards roam the dungeon so when opening chests or cells keep an eye or ear peeled.

Radios throughout the dungeon play actual music and other broadcasts from the time period but can mask other sounds so these can be turned off by the player as you find them for a tactical advantage.

I’m sure there are others out there who can see the direction I am going and had a love for the old Wolfenstein games (I’m dating myself a bit here).   I am still a ways off from an initial release but I am thinking early 2021.