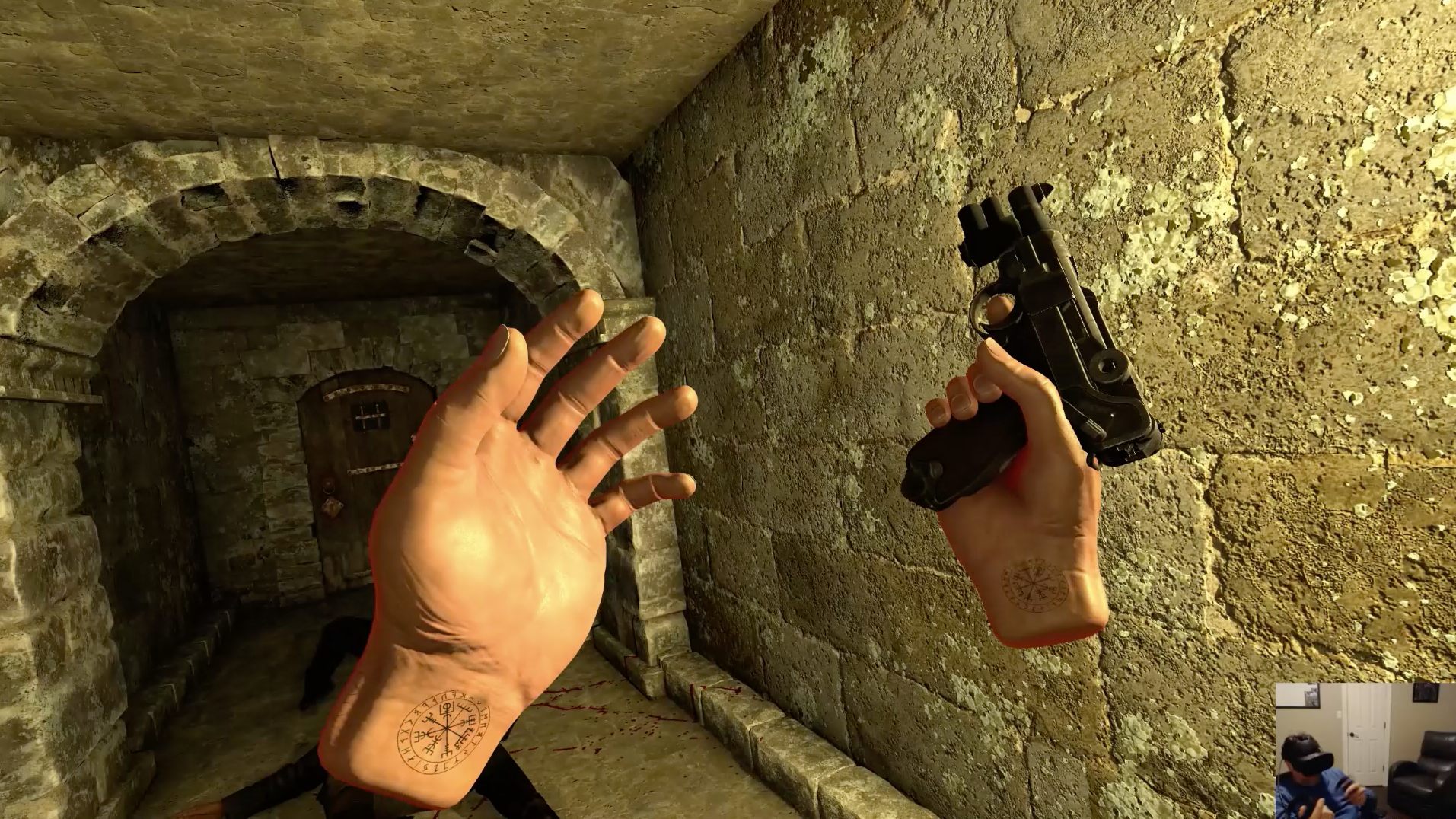 Work on the game has been going very well. 80% of the game mechanics are in place and I also have completely migrated to Unity’s new input system and action based XR toolkit. I also have enabled OpenXR, but it is still in preview and has some work that needs to be done for sure. My hope is that when I cam close to wrapping up, it will be final as well as Unity 2020 which is what I have moved to.

Some other things done over the last few months:

By far, the biggest thing left to do is solidifying game progression, game balancing and perk mechanics. At its core, this is a rogue-like game as permanent-death forces you to start in a brand new procedurally generated dungeon with a new generated character. You unlock various weapons and attachments as certain achievements are reached (defeating a certain number of soldiers, escaping the dungeon X number of times, etc). They will start appearing in the dungeon or can be dropped by guards but there is also a small shop where you can bribe the guards for these items when you start a dungeon using experience credits you earn playing the game.

“In Death”, one of my favorite VR games, has a similar type of rogue-like approach but allows different arrows and perks to be purchased with coins that are earned through gameplay. Before they can be purchased though, they have to be unlocked through achievements.

I’ve attached a clip with some of the gameplay and interactions as they appear today in the game.